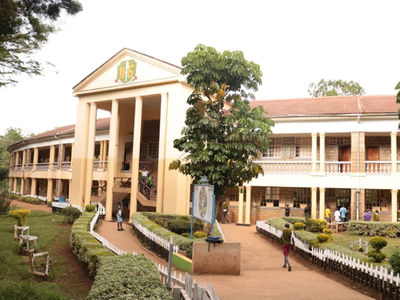 According to the administrator, samples of 48 students were taken last week after one of them tested positive for the virus.

Reports indicate that only 48contacts of the student who got infected a week ago were tested, out of the 254 Form Four learners in the school.

“It is true that one of the students at Kabarnet High School tested positive for the virus last week which prompted the Ministry of Health to begin contact tracing. More than 48 samples of students were taken and out of the number, 38 were confirmed on Saturday to have been infected,” said Mr Wafula.

But he insisted that the school will not be closed despite the high number of cases, adding that the infected students will be treated in an isolation dormitory identified within the school.

“We are not going to close the school and we have placed the infected students in one of the identified dormitories where they will be treated to avoid stigmatisation,” he added.

The county commissioner told the Nation that proper arrangements have been made by the county’s health department to fumigate the entire institution which is at the heart of Kabarnet town and that no one will be allowed in.

He also hinted that teachers in the school have been tested and that there are plans to ensure support staff are also tested.

“We have made plans to ensure that the institution is fumigated today and no one will be allowed to access it apart from the teachers who have been tested and [officials from] the Ministry of Health. We have also liaised with the Ministry of Education to ensure that the students are counselled on the same to avoid stigmatisation of those who have been infected,” said Mr Wafula.

“We arrived at a decision not to close the institution because if we release the students, it will pose a health risk even to the community because we have not tested all of them. We do not want to also reverse the gains we have made and we are going to deal with the situation as it comes,” he added.

He assured the public and parents that the situation is under control and all the infected students are recuperating well at the isolation dormitory.

“We are monitoring the situation and we want to assure that the public that it is under control and all the infected students are asymptomatic,” he reiterated.

Kenya Union of Post-Primary Education Teachers (Kuppet) officials in the county had appealed to the government to shut down institutions after Covid-19 cases were reported among teachers and learners.

The unionists raised concerns over the safety of learners and teachers in schools following the rise in infections in the country, which have claimed the lives of three secondary school teachers.

The officials led by Baringo Kuppet branch chairman David Toroitich claimed that the surge in Covid-19 cases in the country is worrying and that it is putting the lives of teachers and their learners at risk.

“The teaching fraternity is very worried about the increased cases especially with such being reported in schools. The lives of the learners and their tutors are more important. It is worrying that deaths and cases are now being reported in schools and this should raise the alarm for the government to consider shutting them down before the situation gets out of hand,” said Mr Toroitich.

Gladys Kipsang, a member of the union, said that the government should test all students and their teachers to ensure that they are safe in school.

“How many teachers and learners should we lose in our schools so that the government takes it as a serious issue? As we speak, many schools do not even have enough protective gears to protect them against the infection. There are some teachers who have lost their lives and some students are also being infected,” said Ms Kipsang.

More than 220 cases have been reported in Baringo County since the first case was reported in June with Baringo Central topping the list. More than 60 cases were reported in the region on November 14 alone.