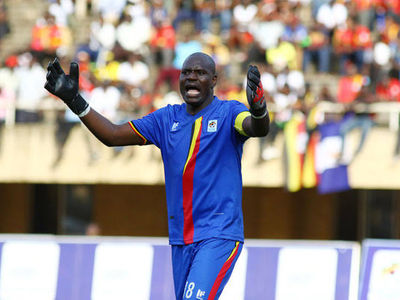 The visitors generally matched Uganda pound for pound in this 2021 Africa Cup of Nations qualifier, and no one would have begrudged them leaving St Mary’s Stadium, Kitende with a point.

But Lwaliwa, one of the two local-based players featuring, the other being second half substitute Karim Wantambala, ensured Uganda claimed a 1-0 win.

Cranes coach Johnny McKinstry started with a new-look back four, with only Joseph Ochaya having started the 2-0 win over Malawi last November.

Sweden-based Ronald Mukiibi and Timothy Awany, who turns out for Ashdod in Israel, replaced out-of-favour Murushid Juuko and injured Bevis Mugabi – who started against Malawi – in central defence.

Southend United’s Elvis Bwomono was handed his first cap at right back ahead of benched Nicholas Wadada.

Although there were some jitters with Mukiibi and a rather quiet Bwomono, they did enough to help with a clean sheet, with the former never shying from shooting towards goal.

It took Cranes skipper Denis Onyango charging at and thwarting Wani on 14 minutes to stop the visitors from taking the lead after the South Sudanese forward had been released by Okello.

Uganda could have also broken the deadlock the other end but Ochaya’s low cross went begging beyond a fairly busy Derrick Nsibambi, who started alongside Emmanuel Okwi and Kizito Luwagga in a three-man attack.

Luwagga did probe several times but there was no end product, and Miya’s fine freekick on 41 minutes only drew a fantastic save from South Sudan goalkeeper Ramadan John Mayik for a goalless first half.

The Cranes had to attack more after the break, Nsibambi’s shot deflected out from the edge after being teed up by Luwagga.

McKinstry had to ring the changes, replacing a tired-looking Okwi with Allan Okello and later on Lwaliwa for injured Mukiibi.

Okello’s first significant contribution was drawing another save from Mayik before a beautiful interplay between Aucho and and Miya saw the latter hit the upright in the final quarter of the game.

Wantambala and Edrisa Lubega came on for Aucho and Derrick Nsibambi and the Cranes pushed further.

Uganda finally got the breakthrough when Ochaya was fouled on the left flank.

Miya took the resultant freekick and Lwaliwa powered in the winner on 85 minutes to make it seven points from three games.

The two teams now travel to Nairobi for the return leg on Monday, with the Cranes knowing they could qualify with two matches to spare if they win.