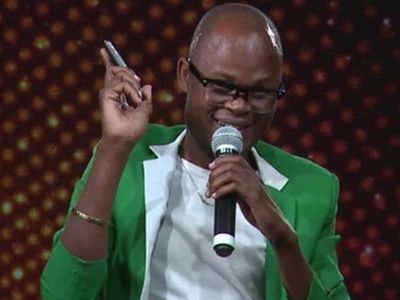 Churchill Show comedian Ben Maurice alias Othuol Othuol who died on Sunday after a long struggle with a brain tumour will be buried on October 24.

In a statement released by Comedians In Kenya Society Chairman Ken Waudo, the funeral committee is looking at a budget of up to Sh1 million.

“Plans are underway to inter his body at his ancestral home in Ndere, Alego, Siaya County scheduled for 25th October 2020 and we are looking at Othuol funeral budget ranging at Sh700,000 to Sh1 million (sic),” he said.

He said the comedian’s remains had already been transferred to Chiromo Mortuary.

Comedians, family and friends are meeting at his Kitengela home as well as at a hotel in Nairobi for planning and to condole each other.

He added that there will be a fundraiser which will be announced later to help offset funeral costs.

Othuol died on October 11, 2020, at the Kenyatta National Hospital in Nairobi, where he had been receiving treatment for the past two weeks.

The comedian has been in and out of hospital since last year and once sought support from the public in dealing with an undisclosed sickness and depression.

He was diagnosed with tuberculosis about 10 months ago and was admitted to KNH for six months.

In June, Othuol was rushed to Kitengela Hospital after he fainted at home. He was later taken to KNH, treated and discharged.

He was readmitted about two weeks ago and died last Sunday aged 31.