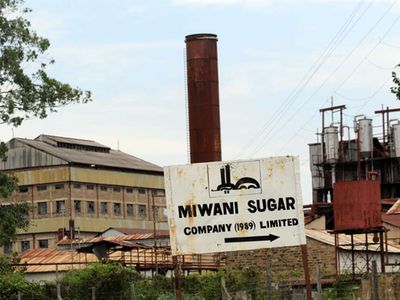 The government has been called upon to consider the acquisition of 10,000 acres of Miwani Sugar Company nucleus land to enable farmers to utilise and develop for the proposed Special Economic Zone in Kisumu County.

Nominated MP Godfrey Osotsi while questioning the legality of the land transfer to Crossley Holdings Limited in December 2007 said the public land should be protected from being grabbed.

“The Agriculture CS should state in details whether the alleged sale of the parcel of land was carried out in accordance with the law,” he said while presenting the Miwani land issue on the floor of the House last week.

Mr Osotsi wants CS Peter Munya to explain the circumstances under which the huge chunk of land was allegedly sold to Kibos Sugar in 2007.

The controversy surrounding the ownership of the land dates back to 2018, when the Director of Public Prosecutions Noordin Haji ordered the prosecution of Kibos Sugar Company Chairman Sukhwinder Singh Chathe, Crossley Holdings, and seven other suspects for conspiracy to fraudulently transfer the land between 2007 and 2008.

In a suit filed by the directors of Crossley Holdings, the petitioners claim to have acquired the company nucleus through an auction in 2007.

Siaya Senator James Orengo, who is representing the company, wants the court to issue an eviction order to the occupants of the parcel of land registered as LR No 7545/3, which he says is currently occupied partly by trespassers and illegal settlers.

The firm wants to be paid Sh4.6 billion being the current market value of the land with interest from the date of filing the petition until payment in full and any other loss of income incurred until the petition is heard and determined.

The firm has sued Agriculture CS as the first respondent, the Agriculture and Food Authority, Kisumu County government and the Attorney-General.

Cane growers, however, want to be enjoined in the case, terming the transaction “fraudulent and suspicious”. Led by the Kenya Sugarcane Growers Association Secretary-General Richard Ogendo, they accused Kibos Sugar Company of attempting to sabotage the ongoing process of leasing.

“The land in contention first belonged to the community before the government allocated it to the State miller. The move is intended to block the ongoing process of leasing,” Mr Ogendo said.