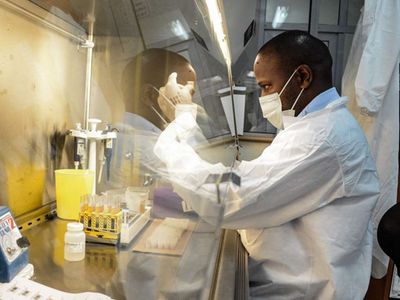 Nairobi and Mombasa counties, Kenya’s traditional Covid-19 hotbeds, are staring at a possible second wave of infections as the Health ministry reports more cases and deaths.

The Aga Khan Hospital, one of the capital’s private Covid-19 centres, has reported an increased number of infections linked to virus spread in communities in Nairobi and neighbouring counties.

“This is to inform all colleagues that we have noted an increase in the number of Covid-19 cases in the country over the last few days,” the hospital said in a statement.

“Recent cases have been reported to have subtler symptoms such as altered smell and or taste sometimes in the absence of obvious flu-like symptoms.”

The hospital has encouraged all to exercise utmost vigilance at all times by ensuring they have a face mask at work. According to Dr Jessica Justman, an epidemiologist at Columbia University’s Mailman School of Public Health, a second wave happens when you “see a rise involving a second group of people after infections in a first group have diminished”.

Dr Majid Twahir, the Chief of Staff at Aga Khan University Hospital, said Nairobi and Mombasa are currently witnessing a second wave given the increased numbers.

“The second wave is happening and it will have a higher mortality rate because people have let their guard down,” he said.

Dr Twahir explained that there will be an even higher mortality since most people have stopped wearing masks.

Dr Andrew Were of the Kenya Medical Association said the country is definitely experiencing a second wave given the increased numbers in Nairobi, Mombasa and Bungoma.

“As the country is experiencing more cases, we are likely to see a surge in numbers during the second wave because more people are throwing caution to the wind,” he said.

Kenya’s Covid-19 positivity rate averaged 7.4 in the past seven days from October 5 to October 11. On Sunday, the positivity rate stood at 9.0 per cent after 388 cases were reported from a sample of 4,287.

When the positivity rate was highest at 10.8 on Tuesday last week, the Health ministry advised Kenyans against being complacent.

“In the last one week following relaxation of measures by the President, the positivity rate remains high. It is for this reason that we are appealing to our fellow Kenyans not to lower their guard,” said Health Chief Administrative Secretary Rashid Aman.