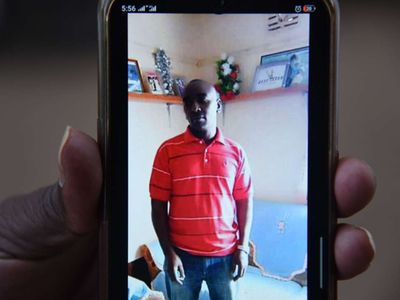 This comes as his mother Rosemary Wanjiru,  68, issued a passionate appeal to the Directorate of Criminal Investigations to find her son “in whatever state he is.”

Speaking to the Nation at her Kaharati home yesterday, she said she is running out of patience and energy “since at my age and due to immense love for my missing son, I feel life ebbing out of my body faster and might die anytime soon.

It is claimed that he left his general merchandise wholesale shop in Thika around 9.30am saying he was going to a gym some three kilometres away, a position investigators are now doubting.

Gatanga Police boss Peter Mucheru says investigations are concentrating on a possibility that Gitau went into hibernation or a conspiracy theory to have him ‘exit the scene’ , with the actors being  within his family circle.

The Nation has been tipped that a company which had given the trader a life insurance cover has contacted his next of kin.

“We find this odd. Why the hurry even when there is no proof that Mr Gitau is dead? Why begin beneficiary contacting without a valid document to prove death?” the source posed.

According to police statements, Gitau is said to have called his driver Geoffrey Wachira to go and collect his lorry near Blue Post Hotel, which he did.

At 4pm, Mr Wachira was accompanied by Gitau’s first wife, Lucy Wahu, to report that the businessman was missing.

He said Gitau had left behind a suicide note indicating that he had given in life up owing to economic stress and decided to jump into an unspecified river.

Besides Ms Wahu, who is an aunt to Mr Wachira, Mr Gitau has two other wives — Rachel Muthoni, who lives with her mother-in-law in Kaharate, and Celina Nelly, a police officer in Thika.

The Nation has found out that there had been frosty relations between the first wife and the other two.

Investigations are also focusing on the credibility of the suicide theory. Mr Mucheru said “the driver is our main link in venturing deeper into solving the puzzle”.

“This driver says he was called to go collect the lorry at Blue Post at 10am and that he found Gitau’s phone, masking tape and the suicide note on the dashboard,” said Mr Mucheru.

He did not report the incident until 4pm, when he was accompanied by Ms Wahu to report that the businessman was missing.

Police are questioning why the driver waited for several hours to make a police report even after he had seen the suicide note, and why he chose his aunt to accompany him.

“We also want to know whether indeed he was called by Mr Gitau to go for the lorry at Blue Post as he claims, why after seeing the suicide note he went ahead to remove the lorry from its location and whether the lorry was packed there as he claims,” Mr Mucheru said.

According to a source “the naked-eye analysis on the suicide note indicates it was not authored by Mr Gitau since his handwritings on previous documents does not match the one on the note”. This throws into doubt the self harm theory.