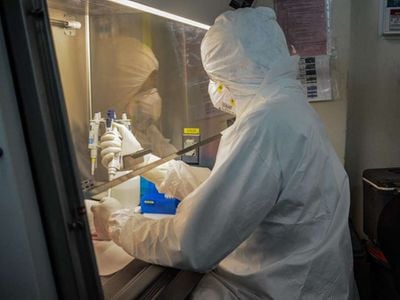 Kenya reported 388 more Covid-19 cases on Sunday, raising its total number of confirmed infections, since the first one on March 13, to 41,546.

In a statement, Health Cabinet Secretary (CS) Mutahi Kagwe said 4,287 samples were tested in the last 24 hours, raising the total to 591,198.

He said the youngest new patient was four years old and the oldest 85, and that 284 of them were male and 104 female. All but five of them were Kenyans.

CS Kagwe also reported that the number of recovered patients in Kenya had increased by 63 to 31,000, and said 40 had been admitted to hospitals and 23 in the home-based care programme.

He also announced that six more deaths had raised Kenya’s total number of fatalities to 766.

In terms of case distribution by county, Nakuru led with 86 new infections and then came Nairobi with 84, Mombasa with 51, Trans Nzoia with 49 and Kiambu with 29.

Kisumu accounted for 17 of the cases, Kericho 11, Meru and Busia 10 each, Bungoma eight, Machakos seven, Garissa five, Kajiado, Tharaka-Nithi and Nyamira three each, and Nyeri, Siaya, Makueni, Nandi, Kwale and Nyandarua two each.

Where are they now? The graduates of India’s Door Step School | India News

Before Gen Badi was the great Col John Ainsworth